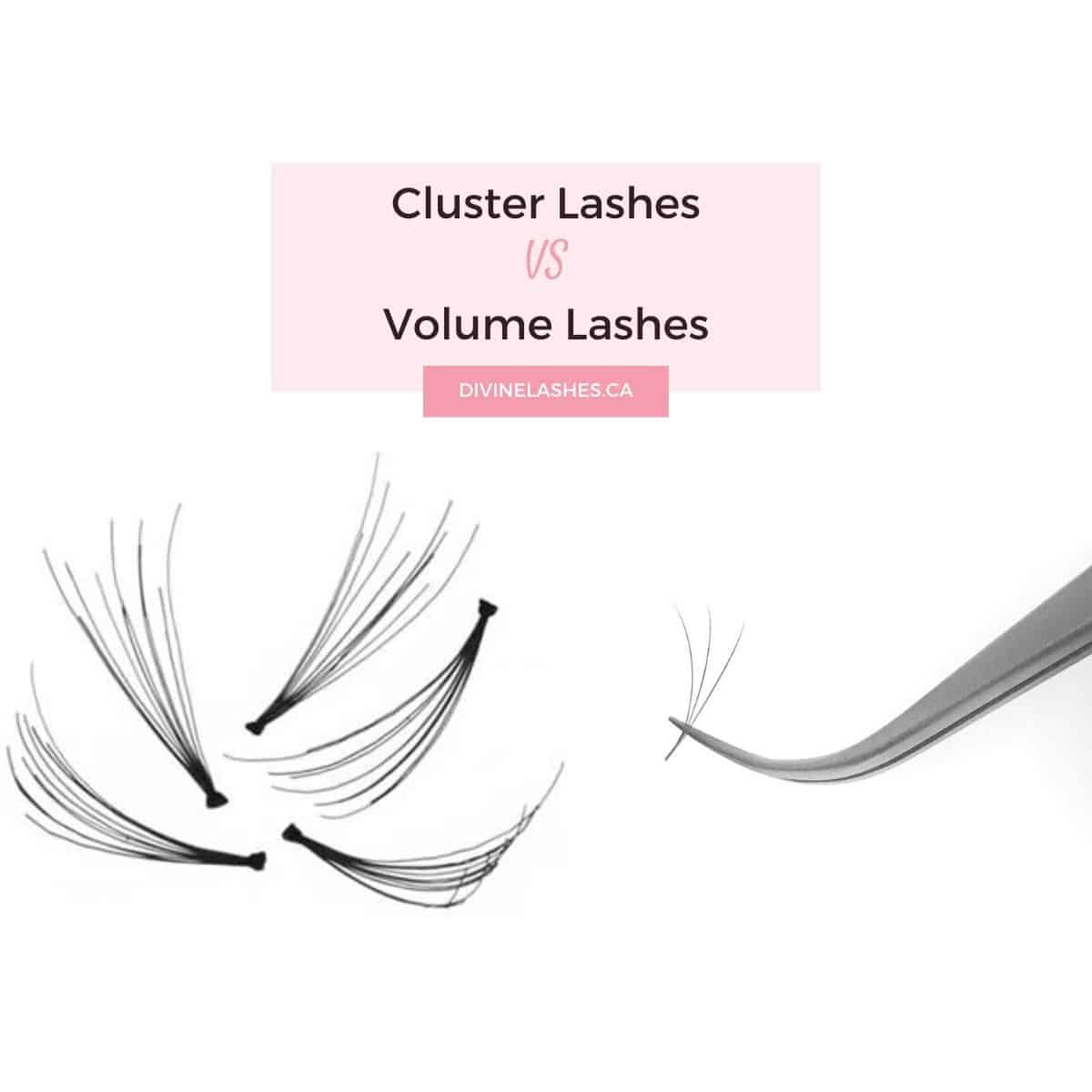 The eyelash extension industry is constantly evolving as our knowledge improves. It is important to keep up with the most updated information and state-of-the-art technique if you want what’s best for the health of your natural lashes.

In this case, cluster lashes (also called flare lashes) were popular 10-15 years ago, but we now know they should be avoided at all costs.

But why are cluster lashes bad for you?

In this article, we will explain what cluster lashes are so that you can run away as fast as you can if your stylist proposes this method.

What Are Cluster Lashes

Cluster lashes (also known as flares) were popular over 10 years ago.

5 to 10 fairly thick extensions, usually 0.15s were tied together at the base, and the fan-shaped “flares” were glued onto 2 to 3, sometimes more, natural lashes.

For example, using 10 cluster lashes that are made of 10 thick extensions would result in 100 extensions attached to one eye.

It was a quick way to achieve great density in a short period of time.

Many lash salons loved it because it would increase the number of clients they can take, and thus their sales, while achieving a dramatic look.

The technique was a lot easier compared to single eyelash extensions application as it does not require precise isolation of the natural lashes. Cluster lashes were not as time-consuming as the single lash extensions.

Why Cluster Lashes Are Bad for You

Because cluster lashes were attached to multiple natural lashes, and often all the flares on an eye were glued together to form a big fan, the flares would interfere with the growth cycle of the natural lashes.

Also because so much glue was used for the application, when the flares fell off, it would often pull out quite a few natural lashes, causing the natural lashes to thin, and create bald spots.

Some salons and uneducated eyelash stylists still use this technique today, but thankfully, it is becoming increasingly uncommon.

Some eyelash stylists claim that cluster lashes do not cause any damage because of the technique they use, but because of the weight of the “fan”, the damage to the natural lashes is inevitable even if the flare is carefully attached to only one natural lash.

No matter what technique one uses, flares will cause thinning of the lashes if a client were to wear them continuously for a few months.

Volume lashes, like cluster lashes, are multiple eyelashes attached together to form a fan.

However, volume fans are much safer than cluster lashes since they are lighter and applied to one single natural lash at a time.

Moreover, volume lashes have a much stronger and longer bond time. As you can see in the picture below, a volume fan will surround the natural lash and therefore enjoy a higher surface bonding area.

Finally, volume fans give a much cleaner finish than cluster lashes.

We cannot tell you how many times we’ve heard:

And every single time we make similar discoveries. Flares are used as “volume fans”, getting lashes applied with their eyes being pulled open (true story coming soon)…

Damage that will take months to repair.

A client came to Divine Lashes and had a similar phrase to the ones above and resorted to a different salon.

We immediately knew that she had visited elsewhere.

Many of her extensions were stuck together, and her lashes looked like pre-made fans. Below is an example of a flare we removed from her lashes.

Well, this is not a proper fan, and this is also a sticky. So this was glued onto one natural lash. You can see they look pretty bulky because they are thick.

Her natural lashes did recover in two months and she was able to continue getting volume extensions.

I hope you can now see the difference between cluster lashes and volume fans. More importantly, why this technique should not be used nowadays.

Have you had any bad experiences with cluster lashes? For technicians, have you had to remove those from your clients?

Let me know in the comments below!

Asako has been passionate about lashing since 2012. She rapidly gained recognition for her excellent service and state-of-the-art technique. She continuously increases her knowledge both as a technician and educator by collaborating with top lash artists worldwide.

When away from the salon, Asako loves to stay active either at the gym or enjoying the outdoors. She loves to try new recipes and spend time with her little boy and baby daughter. 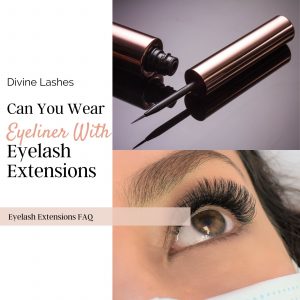 Most women don’t feel the need to wear eyeliner anymore once they try eyelash extensions but sometimes a little extra “humf” is needed. Truth be told, most of the makeup you were using before eyelash extensions can still be used. However, special care is in order to preserve your beautiful lashes. So, can you wear… 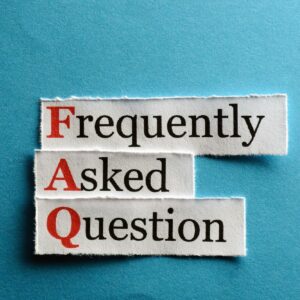 These are the most frequent questions about lash lifts we receive from our readers. Let us know if you don’t find the answer to your question!

We started “Lash Crimes” series in light of educating clients on proper application and to show the reality of eyelash extensions when not applied properly. A lot of our clients ask our lash artist’s “How long have you been doing this?” The truth is, if a lash tech had mediocre training and didn’t get a… 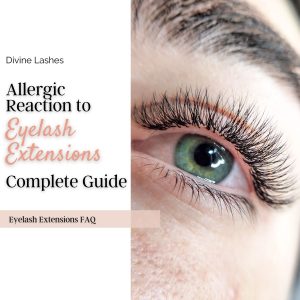 Recognizing an allergic reaction to eyelash extensions is crucial for a quick resolution. Here are the symptoms to look for & how to treat. 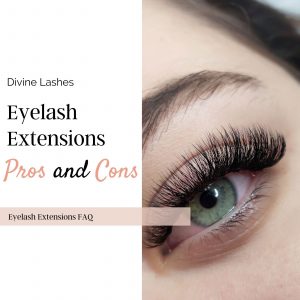 One fun exercise I like to do to help me make a decision is a Pros and Cons list. If you are looking to give eyelash extensions a try for the first time, an eyelash extensions pros and cons list might be useful to help you decide if this is the right service for you…. 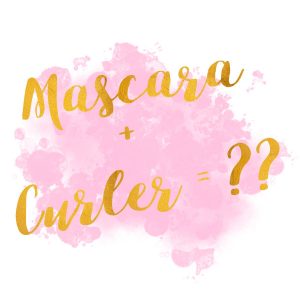 A new client came in today to get a full set done at our Eyelash Extensions Toronto location. After a detailed consultation and deciding on the design she likes, she lies down and I looked at her lashes for the first time, and this is what I saw. Can you see that some of her…

Asako (left) and Naoko (right) are the owners of Divine Lashes – a site for lash lovers to come together and learn more about eyelash extensions and lash lifts. We share our passion and knowledge about anything eyelash-related on our blog which now receives more than 1 million yearly visitors!